Its British Pie Week (6th -12th March).   We have been looking for great ways to use Black pudding in a pie and have found some cracking recipes.  This Pork, Black Pudding & Apple Pie looks delicious and we all know how well apple compliments both pork and black pudding.  Recipe by Vanesther Ree 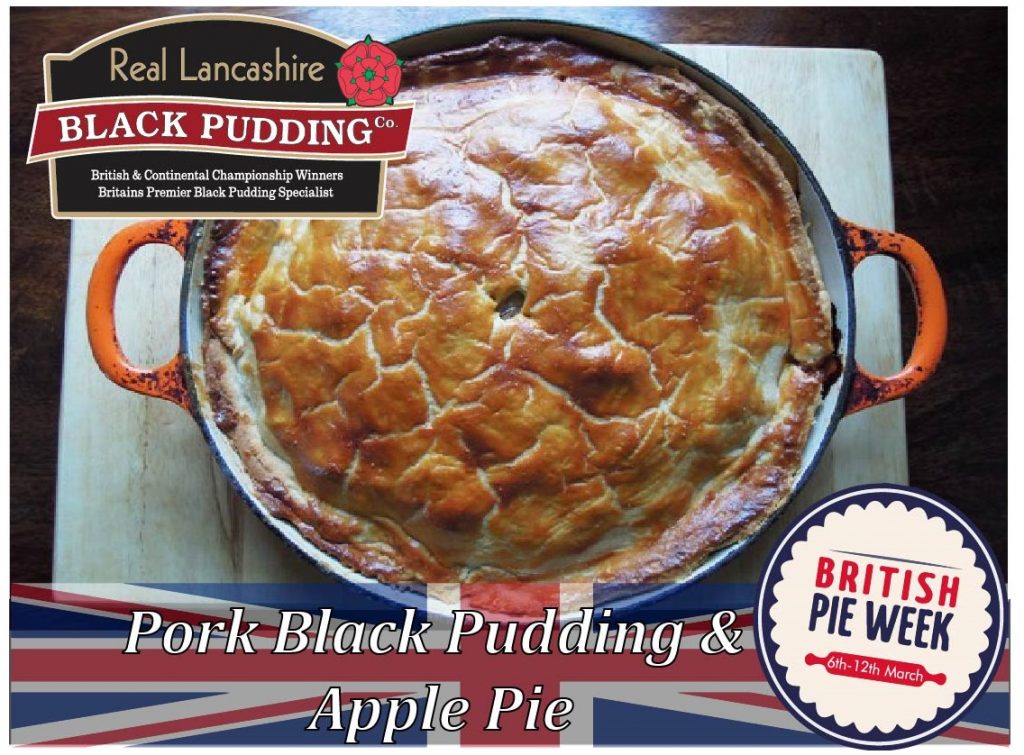 Heat the oil and butter in a large pan, and gently cook the onion, garlic and carrot until they start to colour.

Add the chopped tomatoes and chicken stock and simmer gently without a lid for 15 minutes. Stir in the shredded pork.

In a separate pan, fry the black pudding and apple until slightly browned. Then stir this into the rest of the pie filling. Season, bring to the boil, and then leave to cool.

Roll out half the pastry into a thin circle the same size as an ovenproof dish. Grease the dish and then lay over the pastry. Pile on the pie filling.

Roll out the second half of the pastry into a circle the same size as the first. Egg wash the rim of the pie and lay the lid over the filling. Press the rim, scallop the edges and cut a tiny air hole in the centre of the pastry. Brush with egg wash and bake in the oven for 30-40 minutes until golden brown.